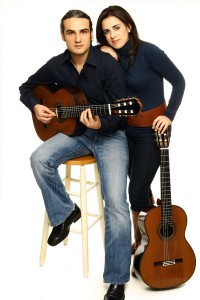 “. . . their guitars were singing instead of sounding, they were so perfectly ensemble that by closing your eyes you seem to hear only one guitar . . .” – L’Arena