Described as “impassioned and having a keen ear for phrasing, as well as an ability to make a gentile, sublime musical statement,” (Fort Worth Star Telegram) guitarist Jason Williams resides in Seattle, WA where he performs and instructs classical guitar. A graduate of the University of North Texas, Jason holds a Masters degree in Classical Guitar Performance where he received two consecutive teaching fellowships during his tenure.  In addition his studies led him to Spain where he took lessons at the home of Jose Luis Rodrigo, of the Royal Conservatory of Music in Madrid.

​As an arranger Jason has published “Ceremonial Music, vol. 4” through Les Productions d’Oz which is becoming a goto gig book as well as an intermediate repertoire edition to the classical guitar catalogue.  Jason’s full length recording “Homenaje” on the Rosewood Recordings label was praised by Classical Guitar Magazine by displaying “an inviable grasp of the difficulties of the classical guitar” as well as “a bravura performance.”

Jason is happy to take students from level zero to advanced. Wether an avid recreational guitarist or a serious university bound student, Jason has helped many achieve their goals with auditions, competitions, master classes and personal performances or for the simple fun of it all!

Private instruction with Jason is $70 per hour weekly.  $75 per hour bi-weekly. 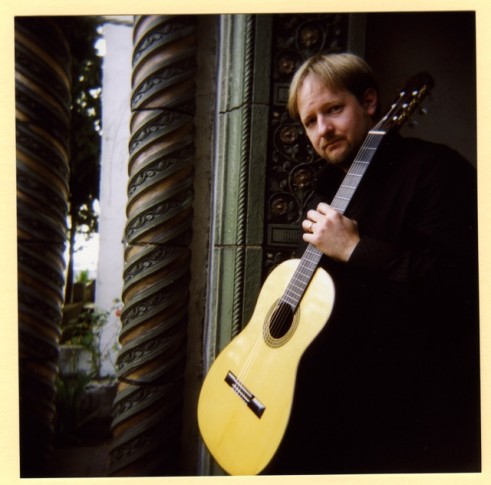